Permali was contracted to develop and supply a comprehensive ballistic protection solution for RAF CH-47 Chinook helicopters as an Urgent Operational Requirement (UOR), adding protection panels in the cockpit and cabin of the aircraft.

During later discussions it became apparent that the RAF also had a need for a cargo handling system for the Chinook to allow the rapid despatch of wooden cargo pallets when re-supplying forward operating bases in Iraq and Afghanistan, to minimise the time the aircraft spent stationary and vulnerable on the ground. The RAF already had a cargo handling system, but it was rarely used due to being heavy and time consuming to install and was also not compatible with the ballistic protection installed on the aircraft.

Permali worked to offer a solution to the RAF, meeting the requirements of: 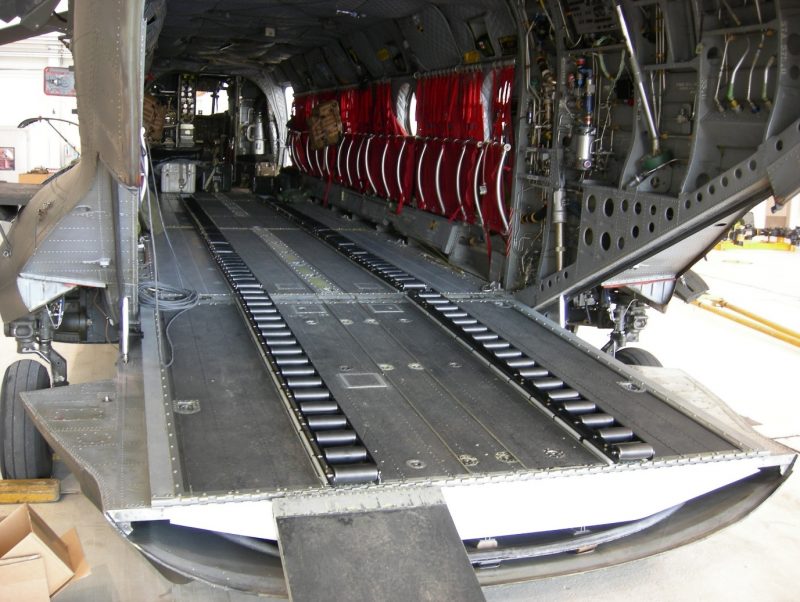 The resulting product became known as CCHS® and was purchased by the Ministry of Defence under another UOR. CCHS® proved to be very successful and popular with the operators in theatre. It can be installed or removed by 2 people in only a few minutes, is much lighter than the system used previously, and proved highly reliable and easy to maintain. RAF Chinook crews became adept at despatching pallets at forward bases while rolling the aircraft forward, or in some cases even without touching the ground, so that the aircraft was never stationary and vulnerable to enemy fire.

CCHS® was subsequently purchased by the US Army and Canadian Air Force for their Chinook aircraft as it provides an unrivalled capability on the battlefield and has also proved its worth during disaster-relief operations.