UK MoD placed an order with STK for the supply of over 100 Warthog vehicles. The Warthog is an enhanced version of STK’s proven Bronco ATC. The UOR nature of the programme meant that the timescale from concept to In Service date were less than eighteen months. Permali has a proven track record of supplying appliqué ballistic protection to UK MoD and it for this reason that they were selected by STK to provide protection systems for the Warthog programme.

In order to achieve the critical timescales of the programme Permali undertook parallel design development and production readiness programmes.

First stage of design was an initial visit to STK premises in Singapore where a cardboard template of the armour and spall liner was produced using an existing Bronco base vehicle.

These templates were taken back to the UK where detailed 3D models of the parts were produced. These CAD models were sent to STK for inclusion in the overall vehicle model. Following further exchange of models and refinement of the panel designs a mock-up set of panels were manufactured in Plexiglas. These templates were shipped to Singapore for mock-up fit on vehicle. 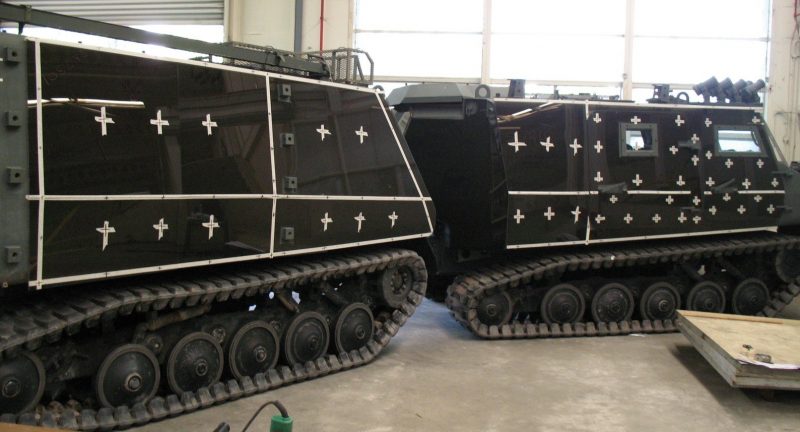 Following this visit further refinement of models was made and a final mock-up was manufactured from Plywood. Again, these were shipped to Singapore where the UK design team fitted the panels and then made final adjustments to ensure perfect fit. The changes to these panels were again transferred into the 3D CAD models before design freeze and transfer of designs to manufacturing.

During the design stage Permali liaised closely with STK, the UK based armour supplier and the vehicle integrator to ensure all interface requirements were met and there were fitted with no clashes with other equipment. The designs were also approved by Dstl and MoD to ensure maximum ballistic coverage was achieved.

In parallel to the design of the physical shape of the panels, a ballistic development programme was undertaken to design the optimum armour material solution to meet the ballistic requirements criteria and weight budget of the vehicle.

Shock and vibration environmental testing of the appliqué ballistic armour was also undertaken to ensure the robustness of the armour design.

All testing was presented to Dstl and UK MoD IPT to ensure performance met the requirements of the end user.

Permali worked closely with material suppliers to ensure just-in-time deliveries of all critical raw materials to negate the need to hold large stocks of expensive materials.

New ceramic armour production line was installed in Permali’s Gloucester facility consisting of 10 vacuum tables which allowed a production rate of 12 sets of armour to be produced per month.

All the spall liner sets were dispatched to Singapore for integration into the vehicle whilst the armour was dispatched to STK’s subcontract vehicle assembly facility in South Wales.

The initial sets of both armour and spall liner fitted perfectly demonstrating the success of the prototyping operations. 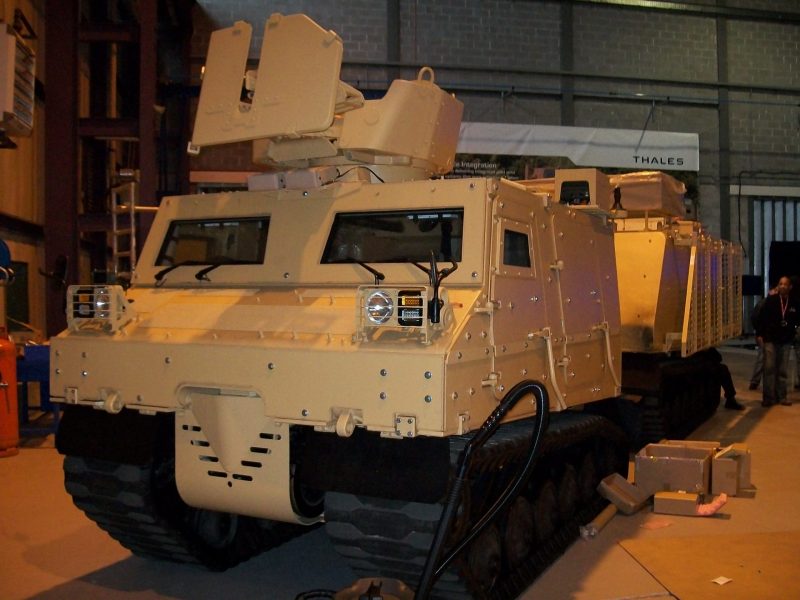 Late in the prototyping phase significant design changes were made to the rear cab necessitating a redesign of the rear cab spall liners and armour.

Following customer feedback of the first vehicle design, changes had to be made to front armour and spall liners to allow for the fitting of additional equipment. These design changes were incorporated in Permali’s production build standard and Permali worked closely with STK and UK Vehicle Integrator to rework existing sets that had already been delivered.